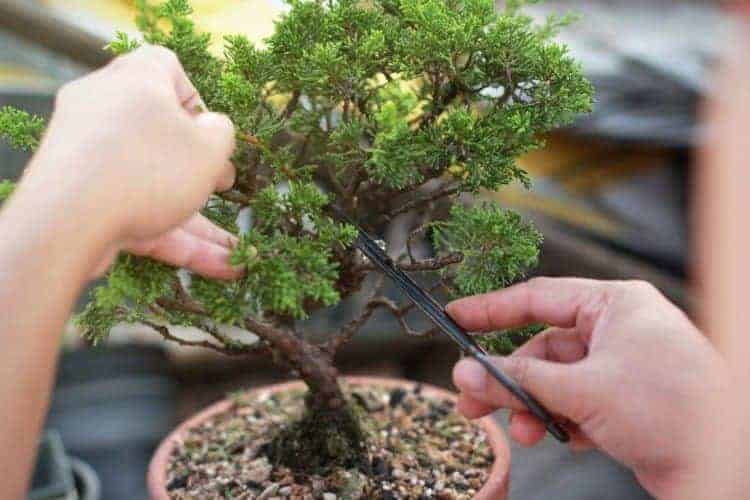 Bonsai trees are so beautiful that everyone will want to decorate their home with. It is an art which was derived from Japan and now the whole world follows it. For many people, the 1st come across with the bonsai / bonzai tree can be either a garden nursery or a department store. Each year, there are millions of those tiny trees that are literally imported from Japan, China and from some other countries to gift shops. Unfortunately, most of them die because of no idea on Bonsai Tree Care. The reason can be either due to excess care or negligence by their excited new owners.

It is good to know that, keeping a bonsai tree alive and healthy isn’t that complex than caring for any other potted plants. You really have to understand or know the difference between the common indoor plants’ pot and shallow bonsai trees’ container so that you can care for it accordingly.

If you are in love with your bonsai trees, then you need to know something about bonsai plant care as well. Feeding, pruning, watering the bonsai trees are completely direct or straight forward. You can very easily and quickly learn the entire gardening techniques even if you don’t have any prior experience in it.

The practical skills that are needed to sustain as well as shape the bonsai plants are quite simple to acquire. Pruning its roots as well as branches with the help of a wire are some of the easy methods which are alike to those engaged by most of the admired Japanese masters. Once you learn this art, you will never forget it and it will help you to grow a passion for your bonsai hobby. Always remember, even the top bonsai masters were once learners. You can get to know how to cultivate and care for one easily by learning.

So, What is A Bonsai Tree?

This is a question which might be running in your mind now. To some a bonsai tree is a cruelly stunted tree which is limited in a very tiny pot. For some, it is a work of art resulting in several years of care, attention and patience. But to massive majority, this is the most amazing or incredible miniature that represents a natural tree. Perhaps, it is better that I begin by telling what the bonsai tree isn’t.

The bonsai plants are never genetically dwarfed; neither are they treated with any magic mixture for reducing its size. Moreover, they are never ever kept small by unkindness. The bonsai trees are just given adequate amounts of water, air, nutrients and light in order to sustain them properly, so that it can come out beautifully in a nice shape.

Literally, the word “bonsai” has been translated from Japanese language which means, “tree in a pot”. The tree along with the pot forms the single sweet unit wherein the shape, color and texture of one compliments with the other. Then the bonsai tree has to be shaped. When it comes to planting bonsai trees, it is not sufficient for the plant to just put it and then allow Mother Nature to take up its course.

If you are doing this, then the result would be just like the other normal ones. There wouldn’t be any difference between the normal trees and the bonsai trees. Each twig and branch of the bonsai tree should be eliminated or shaped until you get the desired shape. All the time, the bonsai tree has to be kept in ideal conditions.

A bonsai can neither grow an infestation of aphids in the same way a wild tree can nor can it send its long roots to reach water. A bonsai tree will entirely depend on the one who owns it. Now after reading this, don’t be deterred because it is not as hard as it sounds. It is not as difficult as you care for other potted plants.

Humans have been growing plants and trees since ages. They have been cultivating for their needs, food, survival, medicinal purposes etc but only few grow for its beauty. When plants were containerized for decoration, it was due to their foliage or flowers. But during an event in China, there emerged a fresh concept which was this – creating some miniature representation of the natural landscapes and then storing them in containers.

Wall paintings that makes us go back to “Han Dynasty”, which is around 200 BC ultimately shows some landscapes that were literally made out of rocks, grasses, trees etc. Over 2000 years afterward, these penjing were still taken as the most major element of Bonsai culture in china as well as some far eastern countries.

There are lots of legends which tell us about those spiritual consequences of penjing and almost all of them include fiery dragons or powerful emperors.

One of the overweight emperors found his travelling very tiresome and hence he demanded his ministers to build a miniature model of his entire empire so that he could easily review or inspect his entire area from his bedroom. The practice of growing sample trees in the pots emerged afterwards in China and exactly when it emerged still remains a big mystery.

These early samples portrayed rugged and gnarled trunks which looked similar to birds or animals. These were known as “pun-sai”.

In the 11th and 12th centuries, there was a great cultural movement in China and the neighboring countries of China. In specific, the people of Japan readily accepted most of the art done by Chinese along with their philosophies. Possibly, the most important influence might have been the China’s Zen religion, where the monks played the lead role in initiating the Bonsai in Japan. Soon Bonsai grew into popularity and got established in the Japan’s culture. It was then practiced in both aesthetic and cultural levels.

It is very easy to spend some dollar and get a bonsai tree but more often people fail in bonsai plant care. This is what this article literally speaks about – how to take care of a bonsai tree?. Taking care of bonsai tree is really essential. It is no doubt that all the trees and plants requires enough amount of air, water and sunlight but there is a massive difference between the sunshine and sunlight, between waterlogged soil and moist soil, draught and fresh air.

Leaves require some quantity of sunlight so that they can photosynthesize and nourish themselves. In extreme shady situations, the leaves can grow up larger in order to gather enough sunlight as possible. The inter-nodes will easily increase when the plants try to extend its shoots in order to reach at the canopy’s overhead to sun. With good amount of sunlight, you will see that leaves are smaller and even the inter-nodes are shorter. Thus different species will take different amounts of sunlight.

It is really important to know some natural habitat of a bonsai. Junipers and pines which are grown on the mountain areas will naturally get adapted in tolerating full sunlight. A juniper or a bonsai pine, set aside close to the wall can grow vigorously than on open side. Proper Sunlight is must for bonsai tree care steps.

There are high possibilities that the bonsai plant will begin to die if it is in shaded part. On another side, keeping an azalea or a maple or plants of those valleys and woodland margins in exposes conditions (side-way from the sun) can easily produce vigorous and healthier growth.

The red maple’s leaf will retain their color for a longer time if they are reserved in semi-shade. Talking about bonsai in overall, you need to give them with perfect sunlight. The sunlight should neither be very high nor too less. You must keep turning your bonsai plant 90 degrees for every few days. In this way, every part will acquire equal amount of sunlight.

Overwatering your bonsai trees can be extremely dangerous and not watering will lead to dying. If the bonsai plant is potted properly along with a good level of soil that is, free draining, then it can never be a problem. But still there are some things to know about:

No doubt that humans, trees and plants require some fresh air to be healthy. When there is a deprived air circulation around the roots, branches and leaves, then there will be a poor growth. It also creates bacterial and fungal spores. The indoor bonsai trees which spends its entire life in a smoke filled or centrally heated rooms tends to suffer just like humans.

The inner shoots can easily wither out and the soil, trunk can easily be covered with algae. In order to sustain proper air circulation both in indoors and outdoors, the bonsai must be kept at waist height on its own stand or on the slatted benches at outside. It is essential that you realize the difference between the draughts and fresh air. Draughts are nothing but rapidly moving current which is colder when compared to surrounding air.

The effects of draughts can be really devastating and thus causing shedding and yellowing of leaves. Thus the bonsai plants dies soon. The outdoor winds can really be very harmful for a bonsai. A strong wind can be very harmful to a bonsai. It reduces its efficiency. The roots of the bonsai need to breathe to function properly. The soil which is composed of tiny particles or compacted soil will never contain adequate air spaces for maintaining healthier roots.

What soil to use for bonsai?

Most of the bonsai growers in Japan use commercial soil known as “Akadama ”. This soil is coarse, clay like and hard which contains natural granular particles that ranges from 1 to 6 mm.

This soil holds water and has an excellent drainage. But this soil is little expensive in west side. You can even make your own mixture if you are not able to afford it. A reliable, basic and good bonsai soil will comprise of 2 ingredients which are:

The water retention will be given by organic matter like: composted bark, leaf mould, peat etc. Ensure that these organic matters aren’t decomposed so much that it crushes down into dust as it dries. If the moist organic stuffs are squeezed tightly with the help of your hands, it should easily spring apart. All the lumps that are larger than quarter inch or 5 mm should be first removed or broken.

Separate when the materials are damp because if you do it when it is wet, certain particles might crumble into dust. Free draining, well ventilated and open structure is ensured with the addition of coarse sand or grit.

Even this has to be sifted in order to retain some particles from 2mm to 5mm. you need to use only horticultural sand or grit. Never ever try to use the builders’ sand because it has certain impurities which are very harmful to the plants. Now you will have to mix these 2 ingredients together in equal proportions. It is always ideal to do when the organic matter is damp. If it’s wet, then you will not be able to mix it properly and if its dry, then it will end breaking down into dust.

Having Bonsai in your home or garden will sure bring the calmness and zen like atmosphere, so maintaining the Bonsai tree growth is very important. You can learn more from those interenet resoures like youtube where lot of people teaching how to grow bonsai tree at home easy way. So do understand the basic tips and bonsai tree care guides given in this article.

We love to hear your feedback and comment on Bonsai tree care guide, share and help others as well.

Harnessing our passion for Outdoor camping, hiking, gardening and  travel tips, our objective is to help you in having fun with outside activities as much as we can by serving to you discover the best tips, gears and ideas for your interest.